An Exhibition by Rodney Rascona 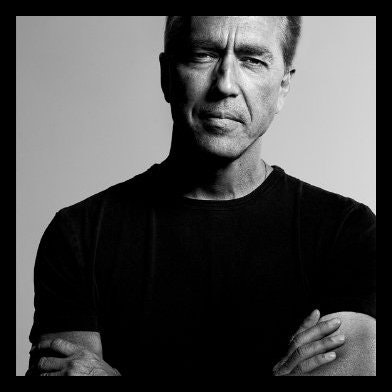 A veteran photographer and director with a career spanning three decades and 46 countries in serving the international advertising and design community, Rodney has been tasked with raising awareness to some of the 21st century’s most pressing global issues and consistently delivering frame-by-frame impact.

Rodney has earned the trust of both client and creative, enjoying production relationships across the globe which help him provide answers and a vision…to the creatives seeking modern solutions to difficult communication problems. His images blend high level aesthetic and compassion, in the creation of photographic and cinematic portraits which drive poignant messages at the core of human spirit.

A tangible result of this long term effort, in spending time with those stricken with major illness or who have been devastated by natural disasters, is that his work characteristically shows a deep level of empathy for his subjects and he strives to use this insight and his experience to lend a voice - to be an advocate for those less fortunate.

Rodney was invited to Haiti by well-respected organisations, his first visit, who challenged him to create images that supported the message of "HOPE." For the most part news teams has left and the rare opportunity to conceptualise a series of iconic images laid in front of him.

"I wanted to create a series of photographs which hadn't been attempted before, at least not in a relief setting, which would show the vitality and spirit which IS the Haitian people, if only for a brief moment. To that end, I believe we were successful in creating something fresh, something new if you will...a leading style of portraiture which should capture peoples imagination and inspire them to play their part...

It's not a right to take photographs of someone in pain or in strife. They own their poverty and it's a privilege for me to be given the right...the right...to create an image in their midst at their most vulnerable."

"At the very least, we created relationships - friendships which will enable this image maker room to return - to be a guest at their humble table and once again be given the immense honour of being a welcome witness to their life. Be it filled with unbridled joy or immense sadness...as a mature, veteran professional photographer like my colleagues, I will be there to play my role...for good." 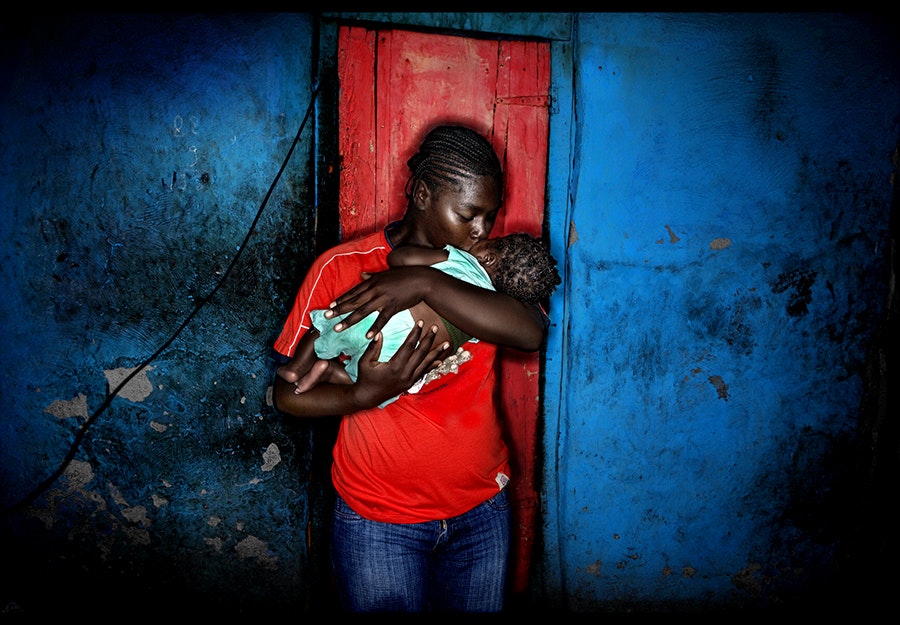 We each move through life differently. We overcome pain and tragedy in different ways and, at some point in time, we each come through and move on. But what does a society look like when everyone is hit by the same catastrophe at the same time? In the town of Jacmel in south east Haiti a community of people are recovering. There has been loss. There is still uncertainty however there is also a future. The sun keeps rising every day and people wake up and have little choice but to carry on. For a moment in time, between tragedy and recovery, amongst pains and hopes, this community took the opportunity to stand proud before a pink door and express what they see in their life ahead..

Many brought an item salvaged from the debris to take into their future while many others simply said..."all that i have left is myself" and so an ad hoc group of subjects comprised of hip hop artists, musicians, painters, humble men and women in the best clothes they had, posing teenagers and playing children, friends family a neighbourhood and a photographer...who amongst the rubble and the grief - together in the dark of night... could be heard laughing and singing old Bob Marley songs...

The catastrophe unleashed an unprecedented flood of humanitarian aid - £9.34 billion in donations and pledges, about three-quarters from donor nations and a quarter from private charity.

"The rubble is off the streets. Haiti's back more or less to normal. But there have not been the improvements there should have been, given the resources." - Brian Concannon (Institute for Justice and Democracy in Haiti)

Unfortunately, "normal" in Haiti includes over 60,000 Haitians living in tent camps away from the main boulevards, and many others are still in homes that suffered major damage.

Haiti still needs hope, The Pink Door Photographs remain relevant in their ability to represent one brief moment in time where individuals forgot about their worries and stood for Rodney, giving him the gift of their image in what were difficult times. They lend honest testimony to the unfailing hope which the Haitian people, despite such enormous personal loss, still posses.